British Culture quiz.
Find the answer to these questions and post them on to your personal blog: (10marks)

1. Which of the following is a traditional British dish?
a) Paella
b) Fish and chips
c) Frogs’ legs
d) Tagliatelli.

2. Who is the current heir to the British throne?
a) Prince Charles
b) Prince Harry
c) Prince Edward
d) Prince, the singer

3. What is an MP?
a) A military policeman
b) A monetary policy
c) A member of parliament
d) A master postman

5. List the capital cities of each country in the UK.

6. The famous sword of King Arthur was called:
a) Exchequer
b) Excalibur
c) Exactor
d) Excapitulator

7. Which famous theatre has recently been reconstructed near its original site?
a) The Theatre Royal
b) The Globe
c) The Shakespeare
d) The King’ s Theatre

ICT
Vocabulary: Find a definition to these terms and p create a simple powerpoint presentation to be uploaded and embedded in your personal blog: (10 marks)


Embed in your blog your favourite English song, with lyrics and a picture of the band/singer so that it can be heard and watched from your website. (5marks)
Publicado por J.Javier Martínez González en 10:41 AM 0 comentarios

Evaluation of the course 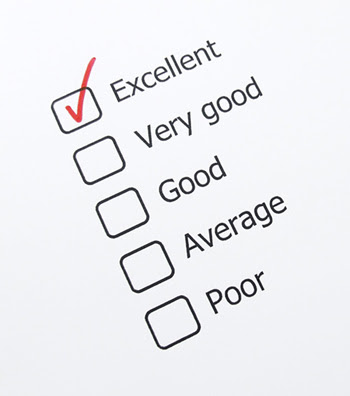 Add any other comments or suggestions you´d like to be considered.
Thanks in advance
Or just do it online:
http://www.surveymonkey.com/s.aspx?sm=G862DFCFGx9tTifUk4YZ_2fQ_3d_3d
Publicado por J.Javier Martínez González en 9:52 AM 1 comentarios

Test your level of English

Please read the information by the British Council :

test your vocabulary :http://www.learnenglish.org.uk/test/vocabtest.html
Try this test to know how good you are at English vocabulary. This test will give you a general idea about your language skills. Enjoy it!

test your grammar: http://www.learnenglish.org.uk/test/grammartest.html
Try this test to know how good you are at English grammar. This test will give you a general idea about your language skills. Enjoy it!

test your listening: http://www.learnenglish.org.uk/test/listeningtest.html
Try this test to know how good you are at listening in English. This test will give you a general idea about your language skills. Enjoy it!

test your reading: http://www.learnenglish.org.uk/test/readingtest.html
Try this test to know how good you are at reading in English. This test will give you a general idea about your language skills. Enjoy it!
Publicado por J.Javier Martínez González en 11:08 AM 2 comentarios

A pub quiz is a quiz held in a public house. It is a largely British phenomenon, which reached its peak in the early 1990s. Pub quizzes are still extremely popular and may attract people to a pub who are not found there on other days. The pub quiz is a modern example of a pub game. Though different pub quizzes can cover a range of formats and topics, they have many features in common.
There may be between one and more than half a dozen rounds of questions, totalling anything from 10 to upwards of 80 questions. Rounds may include the following kinds (most common first):
Factual rounds - these are usually spoken, either over a public address system or just called out. Common topics include:
General knowledge - covering the topics listed below (if they're not a separate round) and also topics such as history, geography and science and nature. There may well be more than one of these rounds.
Sport - comprising the statistics and minutiae of popular, well-known sports and general facts about others.
Entertainment - movies, TV shows and music (see also below).
Picture round - these use photocopied or computer-printed hand-outs and consist of pictures to be identified, such as photos of famous people (possibly snapped out of context, or else partially obscured) or logos of companies (without tell-tale lettering), famous places or objects pictured from a strange angle.
Who Am I? - A series of clues to the identity of a famous person (or thing). Clues are given in order of desceding difficulty. The earlier a team can identify the correct answer, the more points they are awarded.
Music round - these consist of excerpts (often only the intro or other non-vocal segment) of songs played over the PA system. Usually the teams must identify the song and also the singer or band (sometimes the year the song was released is also required). Variations include the inclusion of film soundtracks and TV theme tunes (requiring the title), and/or classical music (also requiring the composer).
Puzzle rounds - generally on a hand-out sheet. These may consist of crossword puzzles, anagrams and basic math problems.
True or False - questions to which the answer is True or False.
Novelty rounds - themed round a specific word or name (e.g. all the questions relate to a famous Norman); 'connections', where the last answer in the round provides a link to all the previous answers; true or false; and various others to break up the general stream of questions.
Publicado por J.Javier Martínez González en 11:13 AM 0 comentarios

Answer the following questions about the most important writers in Literature:

Life & Biography
Also known as…..
Where was Shakespeare born?
How many children did he have?
Time when he lived?
Who did he married?
A strange profession he had?

How many words did he used in his Works?
How many words is he said to have created?
Definitions of language resources:
Long speech by one actor alone on the stage
Direct address to the audience
Words with more than one meaning
Unrhymed five-metre verse

It is a family of Web feed formats used to publish frequently updated works – such as blog entries, news headlines, audio, and video – in a standardized format. : "Really Simple Syndication”
Look at the examples and add a source to get information into your blog.
Publicado por J.Javier Martínez González en 10:00 AM 0 comentarios

It is a series of audio or video digital-media files which is distributed over the Internet by syndicated download, through Web feeds, to portable media players and personal computers. ("Personal On Demand broadCASTING").

Look at the teachers sidebar and get some exmaple to embed into your blog
Publicado por J.Javier Martínez González en 9:56 AM 0 comentarios English as a Second Language Podcast

Relax,take it easy- What about your video???

Word of the Day 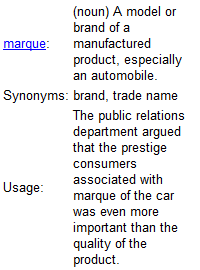 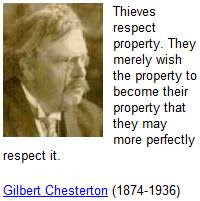 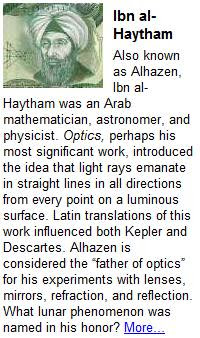 This Day in History provided by The Free Dictionary
Today's Birthday 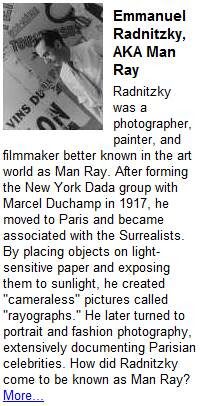 Today's Birthday provided by The Free Dictionary
In the News

In the News provided by The Free Dictionary